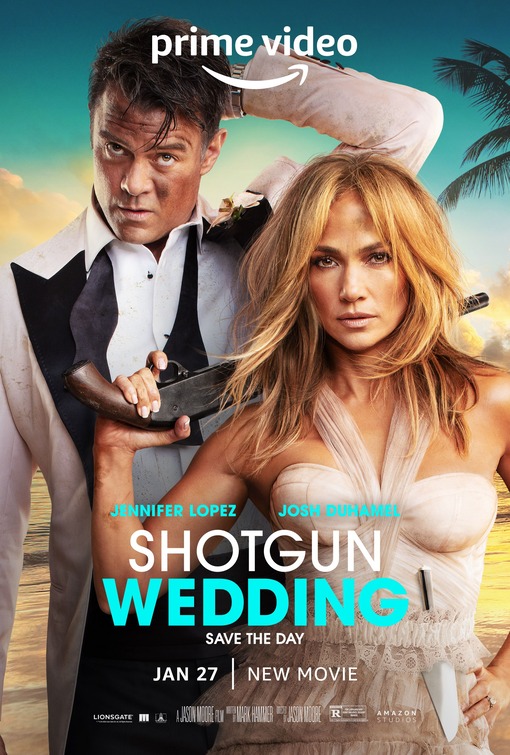 HUSTLERS was her first $100M live-action hit. It made more than MONSTER-IN-LAW and THE WEDDING PLANNER. It even topped MAID IN MANHATTAN. And yet, since HUSTLERS, Lopez hasn’t had a full theatrical release. Earlier this year, Universal shifted MARRY ME to day-and-date on Peacock. And in January, SHOTGUN WEDDING, a film intended for the big screen, will be debuting on Amazon after the streamer acquired it from Lionsgate.

Looking back at her filmography, Lopez has had her share of breakout hits. Overall, she’s got a good batting average.

She hit her stride between 2000 and 2005 when she amassed a string of box office wins. THE CELL was an admirable misfire, THE WEDDING PLANNER, MAID IN MANHATTAN, and SHALL WE DANCE? forever cemented her bridal-romantic-comedy bona fides, and she put GIGLI in the rearview mirror thanks to an inspired pairing with Jane Fonda in MONSTER-IN-LAW. Oh, she also had three #1 singles on the Hot 100.

Her post-2005 output was slower. She appeared in fewer films, and none broke out at the same level. However, they didn’t necessarily need to. THE BOY NEXT DOOR opened to $15M and grossed $53M worldwide, but it only cost $4M to make. As you can see below, the average opening weekend for a JLo film is $12.5M.

But, of course, HUSTLERS brought Lopez back. The film opened to $33M, grossed $105M domestically, and it reminded us what an electric screen presence she has. Riding that wave, Lopez has returned to her roots with MARRY ME and SHOTGUN WEDDING. It’s easy to see why to MARRY ME got a hybrid release. Universal is the last studio tinkering with day-and-date, and it’s clear that Peacock sign-ups are the top priority. Case in point: HALLOWEEN ENDS.

What’s less clear is why Lionsgate shipped SHOTGUN off to Amazon. We have seen romantic comedies work at the box office. THE LOST CITY debuted above $30M while, last week, TICKET TO PARADISE opened to $17M on star power alone – the reviews certainly didn’t help. Some say TICKET opened lower because it didn’t have the same action elements as LOST. That’s not a problem for SHOTGUN.

And when we look at the tracking for SHOTGUN, it looks quite healthy. Compared to those films, as well as MARRY ME, which opened to $8M despite being on Peacock, SHOTGUN holds up well. At 28% (and rising) awareness, SHOTGUN is on par with LOST (brown) and ahead of both TICKET (light yellow) and MARRY ME (beige) at the same distance from release.

Not only is awareness strong, but with an interest score of 5.4, SHOTGUN only trails LOST.

All of this is to say that there is a compelling reason for giving SHOTGUN some kind of theatrical release. The tracking is solid, romantic comedies have shown some strength in theaters, Lopez is coming off her biggest box office hit, and she’s wearing a wedding dress through most of the movie, which is always a good thing.