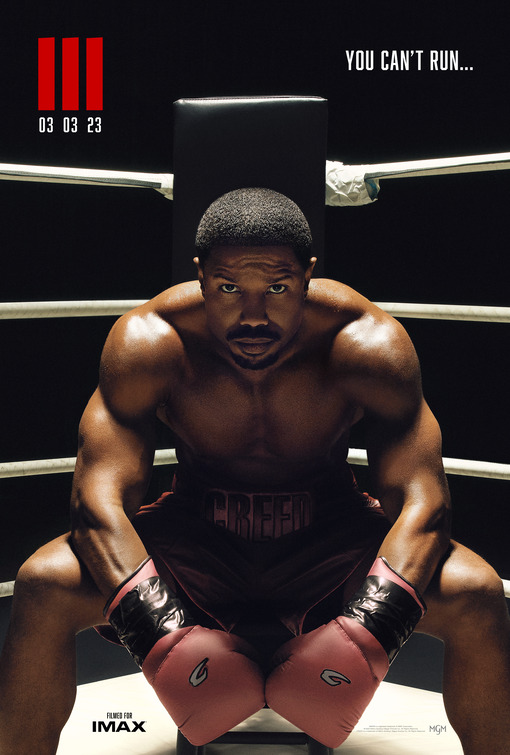 Keep an eye out for March 3rd, when two high profile films will be going head to head at the box office. Paramount will be giving us DUNGEONS & DRAGONS: HONOR AMONG THIEVES, while United Artists will release CREED III.

If you’ve been watching the MLB playoffs, you probably know there’s a new trailer out for CREED. Rather than paying for a full 30-second spot, UA has been buying shorter ads during the playoffs directing people to watch the trailer online. Not a bad strategy.

As of now, the official trailer has been viewed over 11 million times. Compare that to the trailer for HOUSE PARTY, which dropped a few days earlier and has yet to reach one million views.

Clearly, UA thinks they’ve got a hit on their hands. And why not? The first CREED film made over $170M worldwide, and CREED II did even better at $215M. Can the third film do even better? Let’s look at the numbers.

When CREED was added to The Quorum in late September, awareness was at 31%. In its first fielding since the trailer dropped, awareness has climbed to 37%. That’s an impressive gain for a trailer.

Among all the films currently being tracked, CREED ranks 19th in awareness and 16th in interest. It’s always a good sign when a film ranks higher in interest than awareness. That means the people who know about the film really want to see it.

Contrast that to DUNGEONS, which ranks 23rd in awareness, but 43rd in interest. In this case, people know about the film but are not sure they want to see it. So, at this point, the data suggest that CREED has the advantage thanks to a well-executed trailer roll out.