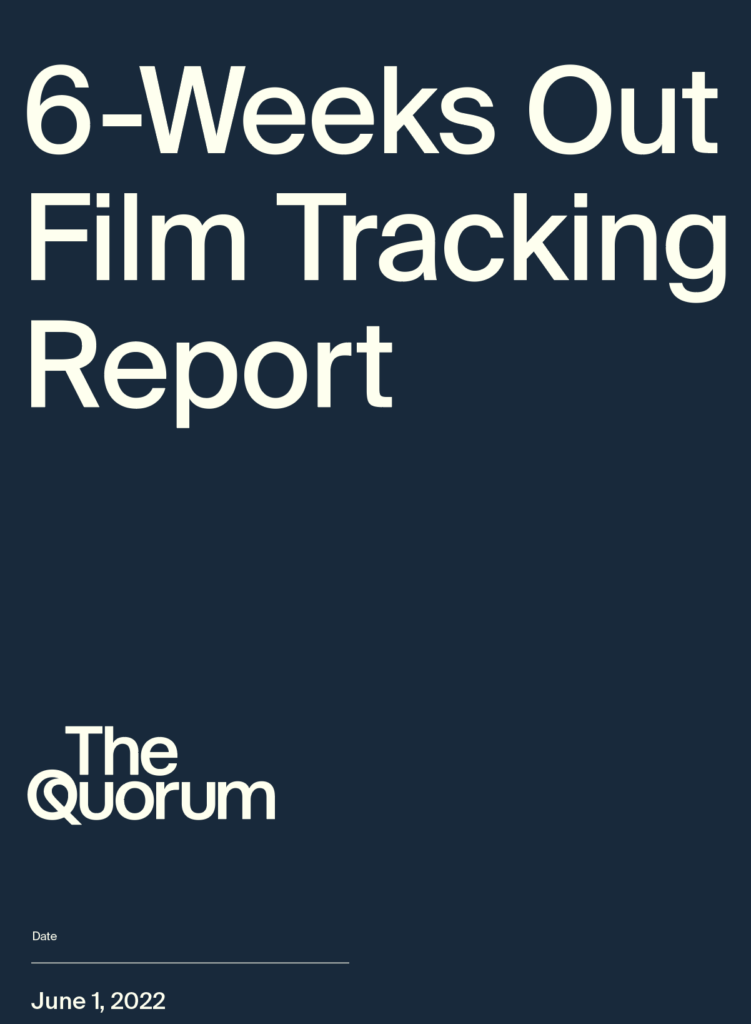 VENGEANCE and DC LEAGUE OF SUPER PETS make their debut on the 6-Weeks Out Film Tracking Report. But it’s NOPE’s ongoing struggles with awareness that stands out most in this week’s report. Awareness for NOPE is at 26%, which is actually down from 27% last week. The decline in awareness is especially surprising given that Universal just released a new trailer for the film.

How dire is the situation? Consider this. So far this year, UNCHARTED is the only film to open above $30M with awareness below 30% at two months out. NOPE is hoping to be the second one.