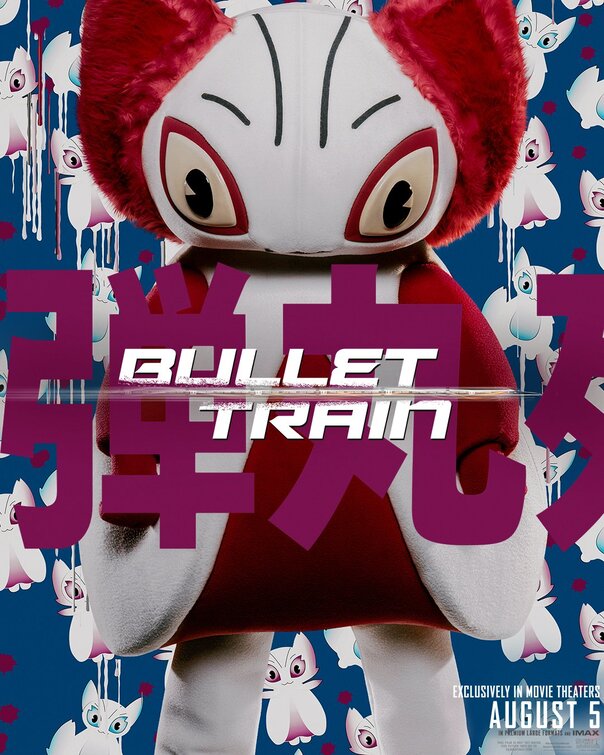 In most cases, tracking scores rise in the final week before release. At least, you hope they do.

But in the case of BULLET TRAIN, the numbers were flat leading up to release. In fact, TRAIN saw slight declines in some metrics. That’s never a good sign.

Awareness for the film was on a steady incline through June and July. It looked like the film was going to cross the 50% mark. But then, the numbers hit a wall. Not only did it not hit 50%, but it slipped a point from 47% to 46%.

This stands in sharp relief to ELVIS, which climbed 4% points in its final week and NOPE, which added 11% points to its awareness in the last seven days.

The same thing happened on the interest side. The score for TRAIN stalled at 6.2. It’s important to note that an interest score of 6.2 is extremely high. Only seven films this year opened with a higher interest, and they all opened above $50M.

That would bode well for TRAIN, except all seven of those films had awareness above 60%, so an opening above $50M looks like a longshot.

So, if $50M seems out of reach, what kind of opening can we expect for TRAIN? To answer that, let’s compare TRAIN to ELVIS, which debuted to $31M in June.

ELVIS has the advantage regarding awareness, but TRAIN comes out ahead in the other three metrics. That should be enough to give TRAIN an opening near or above ELVIS.