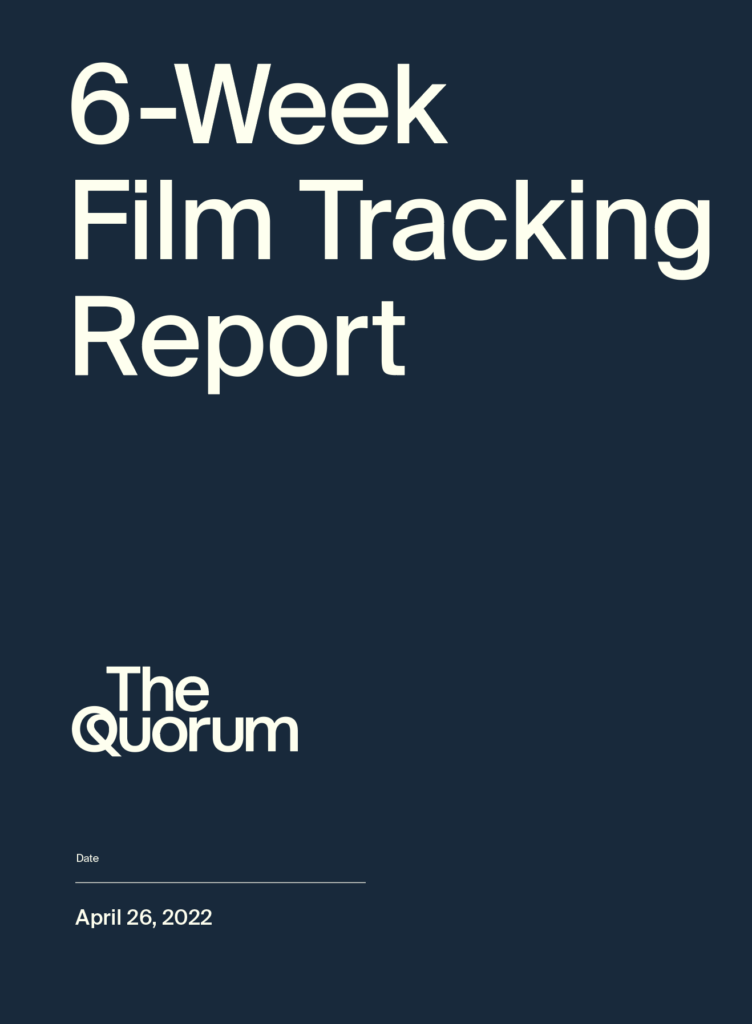 Two new films join the Tracking Report. This week we welcome MINIONS: THE RISE OF GRU and MR. MALCOLM’s LIST.

In terms of movement, it was the smaller titles that had the greatest gains. MEN added four points in Awareness and 0.3 points in Interest. It also had a nice jump in Location and Pay. CRIMES OF THE FUTURE had a nice bump in Awareness and Pay, though there was little movement in the other metrics.

Finally, you asked, and we answered. Before this week, the Group Average reflected the average on the day of release, making it hard to interpret for films several weeks away from opening.

As of this week, the Group Average now reflects the average at the same distance from release as the subject film.