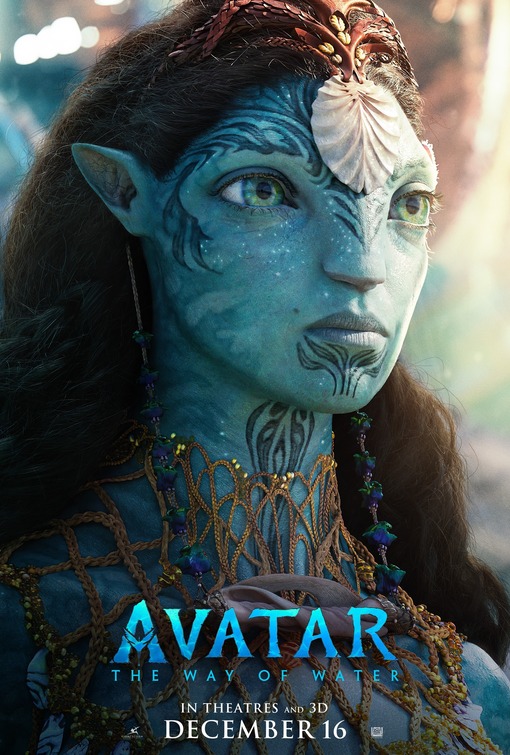 One of the best things about the holiday season is the annual flood of new studio movies. In any given year, audiences get anywhere from six to eight wide releases during the last two weeks of the year. In 2018, we got 10 (!) new films. And that doesn’t even include specialty films that open earlier in the fall and expand wide at the end of December.

It’s a wealth of riches. Or at least it used to be. This year, we’re getting only four new wide releases.

AVATAR: THE WAY OF WATER is, of course, the behemoth this Christmas. The other three are PUSS IN BOOTS 2: THE LAST WISH, BABYLON, and I WANNA DANCE WITH SOMEBODY. That’s it.

Why so few? Partially because everyone is giving AVATAR a wide berth. Warner Bros. is sitting this one out entirely. That’s a far cry from 2018 when that studio gave us both THE MULE and AQUAMAN during the holiday season. It could also be that studios are smarting from last December when only two new studio releases managed to earn more than $40M in total grosses.

SPIDER-MAN: FAR FROM HOME and SING 2 were the two sole hits of the season. The other five landed with a thud. The lesson being that a huge tentpole like SPIDER-MAN sucks all the oxygen out of the box office, leaving little in the way for other films. And AVATAR certainly aspires to pull in grosses on the scale of the $805M that SPIDER-MAN collected. So why risk being cast off in the wake of AVATAR like all other roadkill from last year?

The period between Christmas Day and New Year’s Day functions similarly to a long seven-day weekend. Schools are closed, many people are home from work, and, historically, people would hit the theater multiple times. With all that foot traffic, the market could support six to eight new titles. Last year, however, holiday admissions were only down about 5% from 2019, but unlike previous years when the box office was spread across multiple titles, SPIDER-MAN got the repeat viewership.

So, perhaps, the studios can’t be blamed for trying to avoid what happened last year, but there are a few flaws with that theory. First, the box office is far healthier than it was last December. Audiences were much more concerned about safety than today; they were far more skittish about going to a theater, but they were willing to brave it for SPIDER-MAN. Less so for A JOURNAL FOR JORDAN.

On top of that, almost every holiday season has had its enormous tentpole. True, none were on the same scale as SPIDER-MAN, but in 2019, STAR WARS: EPISODE IX: THE RISE OF SKYWALKER grossed $515M. And guess what? JUMANJI: THE NEXT LEVEL took in another $320M. LITTLE WOMEN also crossed the $100M mark. In other words, the market can support more than just one big movie. And with audiences feeling much more comfortable going to the theater, avoiding AVATAR seems like a lost opportunity.

As a result, all the studios not named Disney may be simply feeding the monster. By offering few other options, the studios are merely making AVATAR even bigger. Repeat viewership, which kept the original AVATAR at #1 for seven weeks, will have the same effect on the sequel. In fact, it’s not hard to imagine this one staying at #1 for even longer. It could find itself holding down the top spot for nine or ten weeks until MAGIC MIKE’S LAST DANCE or ANT-MAN AND THE WASP: QUANTUMANIA dethrone it in February.

So as we all watch the grosses come in this weekend, let’s keep in mind that there is some distortion. AVATAR will be enormous, no doubt. But the upside has been made even greater by the other studios running away. Hopefully, next December, studios will bring back the variety that we have come to love during the holiday season.