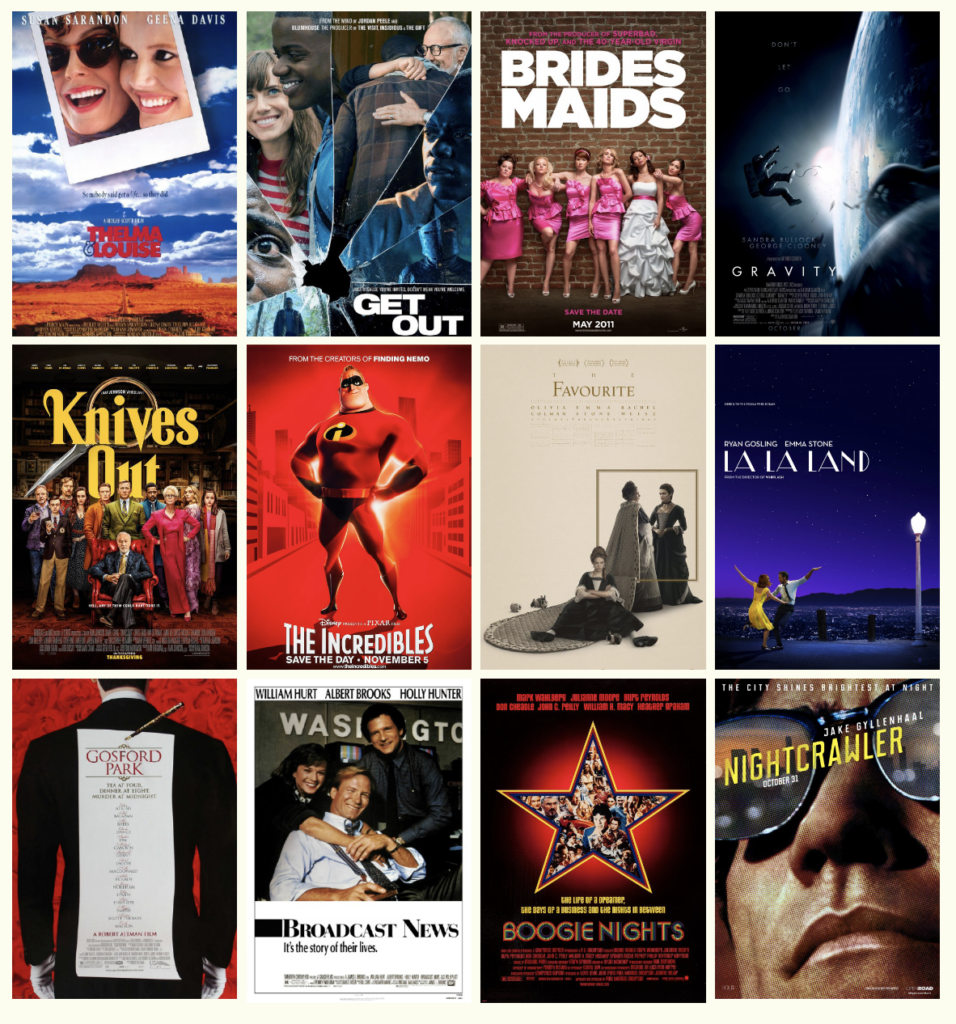 We have a special place in our hearts for what we call “originals.”  These are films that are entirely new stories or are based on not-widely-known IP. Given that there is no built-in audience familiarity, these films have the hardest road to success. But when they hit, they can become cultural touchstones. Here are some of our favorite originals from years past:

The Quorum is tracking 15 originals that will hit the big screen or your favorite streaming service over the next ten weeks. The hope is that one or two of these have the same impact as the titles shown above.

One way to identify potential breakouts is to place them on a grid with awareness on one side and interest on the other. The 15 originals are then plotted accordingly.  The resulting grid gives us four quadrants. The top right (dark green dot) is where you want to be: that’s high awareness and strong interest. Four films reside here: FREE GUY, STILLWATER, OLD, and RESPECT. Of the 15 films, these are the four that have the greatest chance for success.

Films in the top left quadrant (light green dot) have high interest but low awareness. Depending on how far they are from release, they could eventually cross over to the top-right if awareness rises. In other words, they have upside potential – some groundswell of interest – they just need more people to learn about them.

Films in the lower left quadrant (pink dot) have the most challenging road ahead. Not only is awareness low but so in interest. That’s not a winning combination.