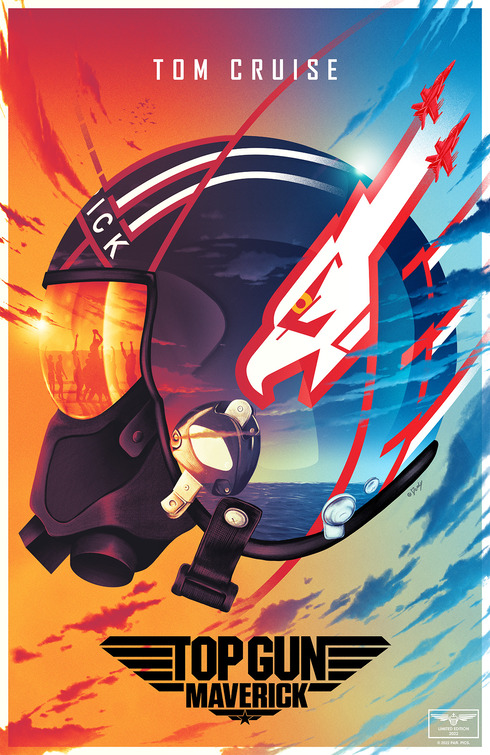 What will TOP GUN: MAVERICK make this weekend? That’s the question on everyone’s lips. The popular opinion is that it will land somewhere in the neighborhood of $70M – $100M for the three-day weekend.

If MAVERICK reaches $100M, it would be just the 4th Memorial Day release since 2000 to do so and the first since 2008. An opening near $70M would put it above the mean and towards the high side for the holiday weekend.

We would typically look at comps to find out where it might land. The selection of comps is tricky in the best of times, but it’s even more challenging when we’re dealing with a pandemic-era box office that is quickly evolving.

Normally we would select films from the past three or four years for comps, but you can’t do that today. In fact, it could be argued that you shouldn’t look any further back than 2022 for comps, given that the box office today is significantly healthier than just six months ago.

So far in 2022, we’ve had two films open well above that range: DOCTOR STRANGE IN THE MULTIVERSE OF MADNESS debuted to $187M while THE BATMAN opened to $134. On the opposite end of the spectrum, we’ve had a few films open near $40M, including UNCHARTED ($44M), FANTASTIC BEASTS: THE SECRETS OF DUMBLEDORE ($42M), and MORBIUS ($39M).

But that space between $45M and $130M has mainly been a no man’s land, with only one film SONIC THE HEDGEHOG 2, landing in the vast empty space. SONIC debuted to $72M in April.

Even though SONIC and MAVERICK have little in common, we will use SONIC as a comp. On the high side, we will use THE BATMAN ($134M), while FANTASTIC BEASTS ($42M) will be the lower boundary.

Let’s start as we always do with awareness. Currently, awareness for MAVERICK (brown) is 63%, just shy of the 64% for SONIC (dark yellow). But, with four more days to go, MAVERICK could very well end its run above SONIC. It is well above FANTASTIC BEASTS (beige) at 52%, and it is unlikely MAVERICK will match the 75% awareness for BATMAN (light yellow).

By itself, awareness suggests MAVERICK could match the $72M opening for SONIC, but that it’s not in the range of BATMAN’s $134M debut.

Shifting to interest, TOP GUN (dark blue) currently has an interest score of 6.3, second behind BATMAN (navy blue) at 6.9. Interestingly, SONIC (sky blue) is the lowest of the comps, mainly because tracking doesn’t capture young kids who make up the bulk of the audience for the film.

Based on just these two metrics, it is tracking better than SONIC, suggesting an opening near or above $70M. But it’s also not at the elevated level of BATMAN and its $134M opening. It’s not close to that, which reinforces the notion that the ceiling for MAVERICK may be closer to $100M than $130M.

But that brings us to our original question. If the range is $70M to $100M, where might MAVERICK fall? Here are a few other things to consider.

First, MAVERICK is entering a very unsaturated market. Six of the films in the top 10 this past weekend were at least one month old. Compare that to Memorial Day 2019, when ALADDIN debuted to $92M in a very saturated market. When ALADDIN arrived, none of the films in the top 10 were over a month old. In other words, the lack of new movies in the marketplace will likely add to the moviegoer’s thirst for something new. That will help MAVERICK to the upside.

The incredible reviews for MAVERICK will also help. With a Rotten Tomatoes score of 97, it is the best reviewed film of the Memorial Day historicals listed above. As you can see on the far right column of the chart above, only three films had RT scores of 90 or above (in red), and none were as high as 97. In other words, the movie is good, which should drive positive word-of-mouth throughout its opening weekend.

Taking into account these external factors, MAVERICK looks well positioned to perform at the high end of existing forecasts.