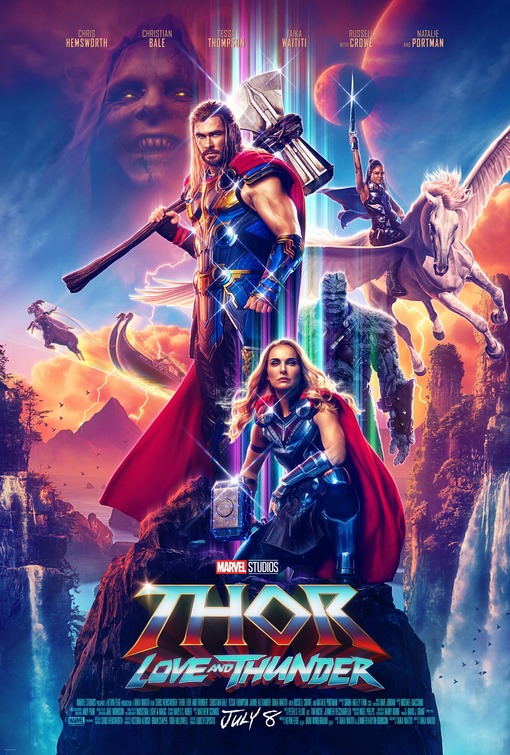 Earlier this year at CinemaCon, there was an air of celebration among industry execs.

Theatrical was back. We had weathered the storm. Day-and-date hybrid releases were mostly a failed experiment, and people were buying tickets again. And yet, theater owners weren’t entirely happy. A common complaint among exhibition was that the big studios simply weren’t releasing enough movies.

Ticket sales were up, but a limited number of titles was hampering the newfound momentum at the box office. It turns out the theater owners weren’t entirely wrong. Only 30 wide releases hit the big screen between January and May this year. That’s down sharply from previous years. Back in 2019, for example, 48 wide releases were released during the first five months of the year.

While theater-owners may be moaning about the lack of new films, the studios aren’t necessarily complaining. Fewer releases likely contributed to this recent string of record-breaking box office returns.

That, however, is about to change. The volume of films in the back half of 2022 is more in line with the number of titles from pre-pandemic years. What remains to be seen, however, is if we will continue to see explosive openings when the marketplace becomes more competitive.

STUDIOS RAKING IT IN

As has been widely reported, TOP GUN: MAVERICK broke the record for the largest opening weekend for Memorial Day. Without a doubt, MAVERICK was going to be huge under any circumstance. But the film certainly benefited from having very little competition. Yes, there was THE BOB’S BURGERS MOVIE and the 4th week of DOCTOR STRANGE IN THE MULTIVERSE OF MADNESS, but that’s about it.

The chart below shows the highest grossing new release from the week before Memorial Day, dating back to 2010. For example, last week, DOWNTON ABBEY: A NEW ERA was the highest grossing new film with a $16M opening. Back in 2019 (we’re skipping the pandemic years of 2020 and 2021), JOHN WICK: CHAPTER 3 PARABELLUM debuted to $57M the week before Memorial Day. And if we go back to 2018, DEADPOOL opened to $126M. The films that opened on the holiday weekend on the heels of those two films had much stiffer competition than MAVERICK.

It’s a similar story when we look at the cumulative gross for the top 10 films from the week before Memorial Day. When DOWNTON ABBEY debuted, the total gross among the films in the top 10 was $72M. That’s well below the box office totals in previous years.

So, yes, MAVERICK benefited from a very quiet marketplace.

It’s entirely possible that MAVERICK would have broken the box office record for Memorial Day regardless of the competition, but the lack of holdovers certainly added to the film’s ticket sales. On top of that, MAVERICK will also have little in the way of competition, with no wide releases scheduled for this coming weekend. Before the pandemic, it would have been unthinkable to have a peak summer weekend with no new studio films. So, it should be smooth sailing for another huge MAVERICK weekend.

Smaller films have also benefited from lighter competition. Channing Tatum’s DOG now sits at $62M after a $15M opening. You’d have to go back to HOW TO LOSE A GUY IN 10 DAYS from 2003 to find a PG-13 February release with a higher box office multiple. In part, DOG achieved this kind of longevity because there were no big studio releases in its 2nd, 4th or 5th weeks of release. The film stayed in the top 10 at the box office for two months.

UNCHARTED, another February release, has also demonstrated remarkable playability. It is approaching $150M after opening to $44M. Only two other PG-13 February films with an opening above $40M have held as well. Those two films are BLACK PANTHER and HITCH. That’s pretty good company.

Tom Cruise hasn’t been the only beneficiary of an uncrowded market. Over the past six months, we have witnessed a remarkable run of explosive opening weekends. Box office records have been breaking left and right. SPIDER-MAN: NO WAY HOME is the 3rd highest grossing film of all time. DOCTOR STRANGE more than doubled the opening of the first DOCTOR STRANGE, while SONIC THE HEDGEHOG 2 not only topped the opening of the first SONIC film, but it had the largest debut ever for a film based on a video game. And let’s not forget that THE BATMAN launched to $134M.

These have benefited from having fewer films in the theaters. In other words, from the studios’ point of view, fewer films in the marketplace can be a good thing. From the point-of-view of the theaters, this isn’t so great. Of course, theaters love these big hits, but even a film that opens to $10M still brings in about one million concession-buying filmgoers. Plus, theaters – especially the big multiplexes with upwards of 20 screens – need content beyond the enormous tentpoles.

This creates a situation where the interests of the studios and the theaters are not aligned. Theaters want more films, but studios don’t want to release movies simply to release them. A title making $10M may deliver added concessions to the theater, but it can create a loss for the studio that has to spend upwards of $40M in marketing the film.

CAREFUL WHAT YOU WISH FOR

Looking ahead, theater owners are about to get their wish. After this weekend, the release schedule fills up with a string of likely blockbusters. MAVERICK and DOCTOR STRANGE may have had the box office to themselves, but that luxury is now gone.

It all starts on June 10th with the arrival of JURASSIC WORLD DOMINION. Pixar returns to theaters the following week with LIGHTYEAR. Let’s assume that JURASSIC opens to $150M when it debuts and slips 60% in its 2nd weekend. That means JURASSIC will still be selling $60M in tickets when LIGHTYEAR arrives. None of the films during this pandemic era have faced competition like that.

It only gets more crowded from there. ELVIS and THE BLACK PHONE arrive on June 24th. They will be competing against week three of JURASSIC and week two of LIGHTYEAR.

The tentpole train doesn’t stop in July. MINIONS: THE RISE OF GRU opens just in time for Independence Day. That is then followed by THOR: LOVE AND THUNDER on July 8th. That’s five weeks of big titles.

Will a rising tide lift all ships? Are there enough box office dollars to go around? Has theatrical recovered to the point that it can support this many big films? Was exhibition right to complain about the lack of new movies?

The next six weeks will be an interesting litmus test for theatrical. Will the box office continue to break records as we move from an unsaturated market to a saturated one? Stay tuned.